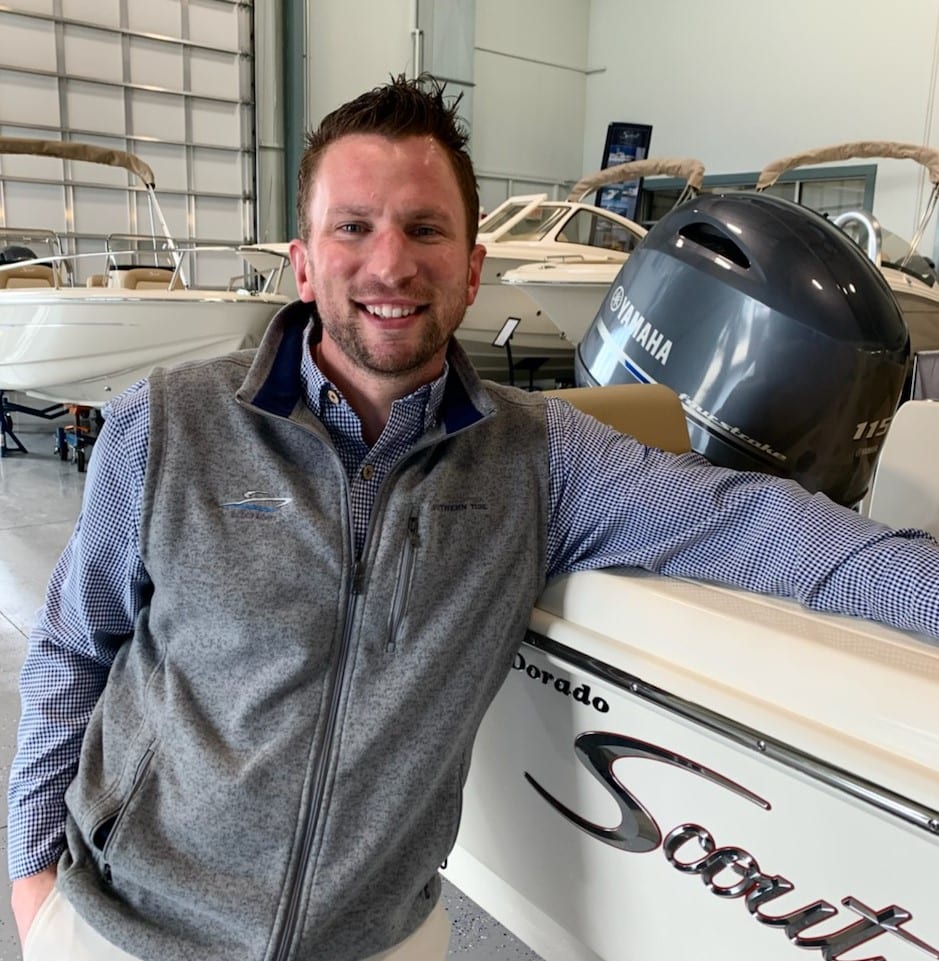 After spending time as an automotive technician, Brian decided to pursue a career in the marine industry. During his tenure at Danversport Marina, Brian has worked as a Yamaha certified technician, established the service and marine parts departments, and has taken the helm as the Marina Manager and the Sales Manager. In 2018 Brian was named the Top Northeast Regional Salesman by Scout Boats. In 2019 he was awarded the Top Salesperson in the Northeast/Mid-Atlantic.

He maintains the “safe haven and resort lifestyle” idea of Danversport Marina by encouraging people with all levels of marine experience to feel comfortable buying, selling, storing, or servicing their boat. In his off time, Brian enjoys traveling with his wife and two children in their RV. 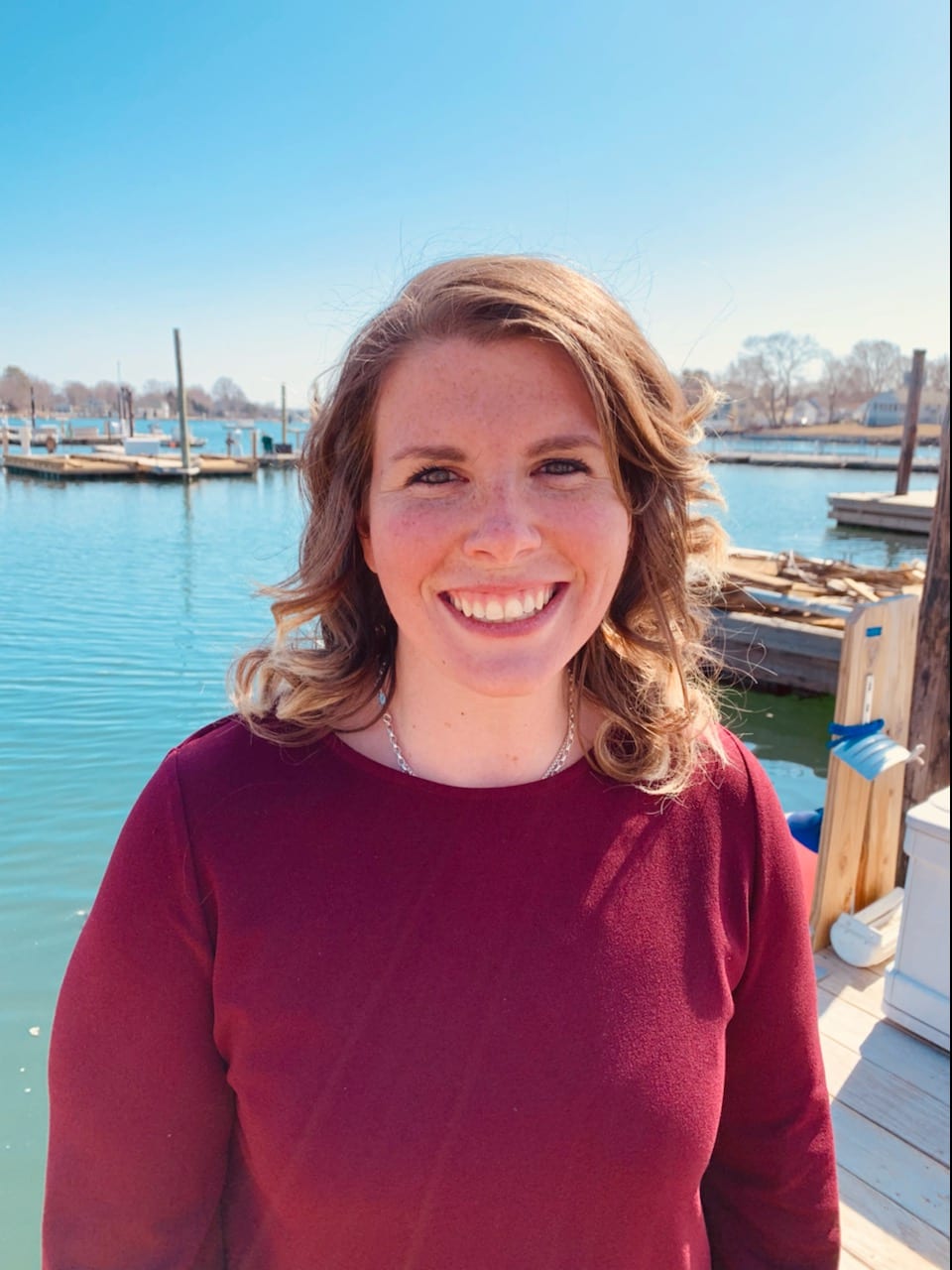 If you have questions about Danversport Marina's slips, storage, pool membership, or navigating the North Shore coastline, Erin is your go-to-girl. A lobsterman's daughter, Erin has been on the water since before she could walk. Her passion for the outdoors led her to studying navigation and environmental sciences in Montana. After spending time in the mountains, Erin decided it was time to go back to the ocean - Erin joined the Danversport team in 2012. On her off days, Erin enjoys being outside with her husband and daughter, kayaking, paddle boarding, hiking, and of course, sitting at the helm of her father's 50FT Wesmac. 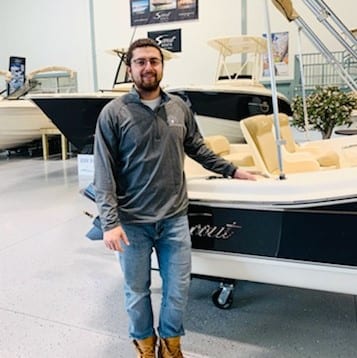 Chris is a dedicated Sales Associate who focuses on outstanding customer service. Chris attends annual Scout Boats dealer meetings where he learns essential information as well as up-and-coming boating trends. In addition to being our sales associate, Chris is a valuable part of our marina yard crew and often finds himself working on the shrink-wrap team. When Chris is not here at the marina, you can find him on the beach in the summer and on the ski slopes in the winter. 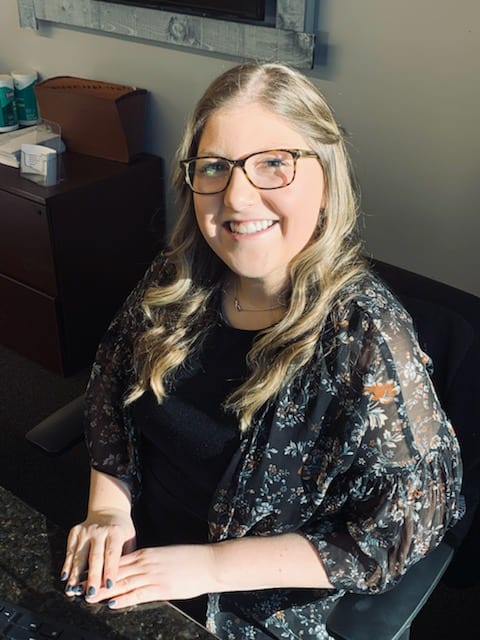 Megan grew up at Danversport and Danversport Marina. Some of her earliest memories include swimming with her cousins at the marina pool and snowplowing the Danversport parking lots with her dad. She pursued her bachelor’s and master’s degrees as well as a career in Elementary and Special education before switching gears and joining the Danversport Marina team. At the marina, Megan oversees the pool and works with the office and service teams. In her free time, Megan enjoys learning new things, traveling, and playing card games.

Bob began his career working out of his family’s marina, Salem Marine Basin at the age of twelve years old. With over thirty-five years of experience as a factory trained Volvo & Mercruiser technician, he has the knowledge necessary to complete a vast array of projects. In his spare time, Bob enjoys crafting ceramics and spending time with his grandchildren.

With certifications in Yanmar, Cummins, Westerbeke, Mercruiser and Yamaha among others, Ed provides an expansive skillset and experience that extend well beyond the scope of a typical marine technician. Ed ran a heavy equipment operation with his father before moving on to an over twenty-year career in marine service, repair, and fabrication. Ed is 100% committed to doing the job right with unparalleled attention to detail always keeping in mind what is best for each customer. Ed is actively involved in community outreach and fundraising through Wicked Jeeps of New England and especially enjoys spending summer weekends at his camp in New Hampshire with his wife, family, and friends. 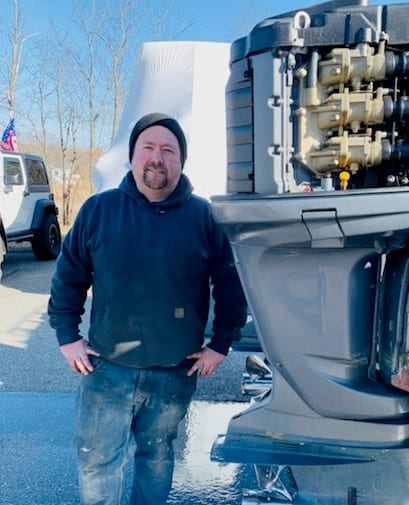 A Master Certified Yamaha Technician, Fred has the reached the pinnacle of Yamaha training. Fred is also a 2005 graduate of the Marine Mechanics Institute and has seen nearly any problem on an engine that you can imagine. When not repairing motors, Fred is an avid boater who can often be found at the helm of his 30’ Sea Ray. He spends his summers at Palmer’s Cove Yacht Club.

Matt is a 2010 Landing School graduate with a Master Level ABYC certification. Matt has experience working on many types of recreational boat motors, and loves to tackle challenging jobs. On his off days, Matt plays guitar or enjoys the local waters on his 28ft Chris Craft.

Sam is one of our skilled service technicians who is fully dedicated to each project he is assigned. He is certified in both Yamaha inlines and v-engines. Sam joined the Danversport Marina team after a six-year career in the automotive field. When Sam is not working, he enjoys cooking and walking his two dogs.

For nearly three decades Billy has been an essential part of the Danversport Marina crew. Billy has a passion for Danversport Marina and will always go out of his way to help Danversport's members. Billy serves as Dockmaster and has developed an impressive skillset hauling, launching, and maneuvering boats around the marina. When he is not here working or boating himself, you can find Billy four-wheeling or spending time with his grandchildren. 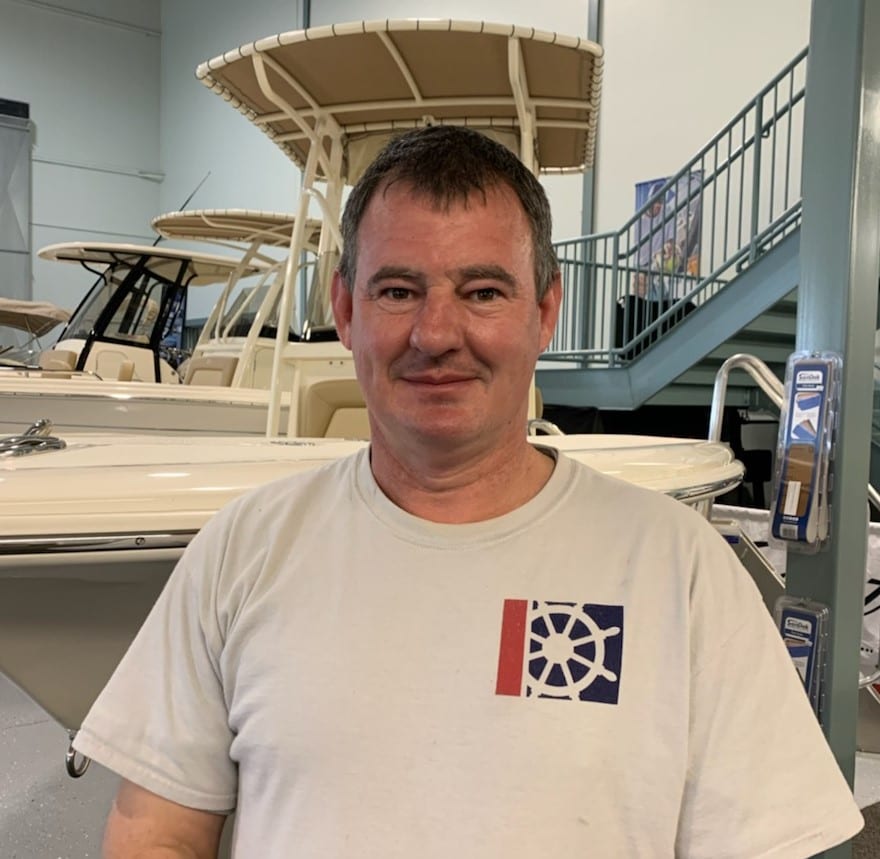 Dan is the “Jack of all trades” here at Danversport Marina. Dan has been part of our team since 1988. He is the yard foreman and an essential part of the Danversport Marina operation. He has developed a wide range of skills and licenses from hoisting to carpentry and has a hard earned reputation as a guy who can "get it done." Dan is someone that members and new customers can always count on. In his free time he enjoys boating with his family and taking snow mobile trips.

Following a career of over forty years in carpentry, Dave joined our team in 2015. From repairing and building docks to shrink wrapping boats, Dave brings a valuable set of skills to our team. During his off time, Dave enjoys watching all sports and cheering on the New England Patriots and Boston Bruins. 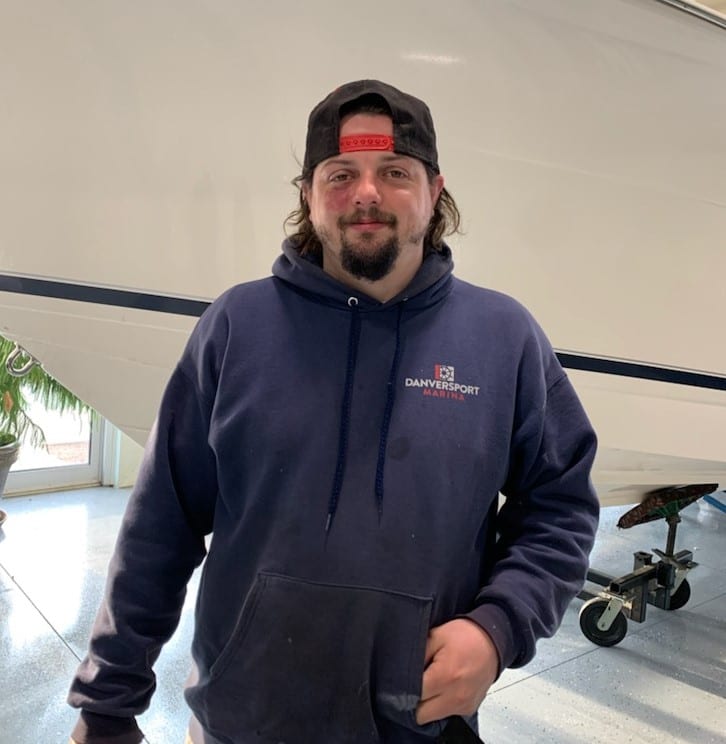 Nate has been a part of the Danversport Marina crew since 2016. In addition to holding his hoisting engineering license, he has a range of skills which include bottom painting, hauling, and launching. Additionally, Nate is one of our skilled lead shrink wrappers. During his free time, Nate enjoys snowboarding in the winter and wakeboarding in the summer.

John joined the Danversport Marina team full time in 2015. He is a Hoisting Engineer and has marine skills in the fields of hauling, launching, trailering, and bottom painting, just to name a few. John is a quick learner and dedicated to his work. John is a food connoisseur who enjoys watching the Boston Bruins, cooking, and playing guitar.